The Only 3 Things You Need to Live a Meaningful Life

There are a few people in life who seem to have it all figured out.

They have crystal clarity on their goals and dreams. They know exactly who they are, what they want to be, how they can make a difference and live a meaningful life.

Then there's the rest of us.

Most of us struggle with purpose. Polls show that fewer than 20 percent of Americans are working in a job they truly love and find meaningful. We wind up doing less-than-great work as a result. Less than 30% of employees are truly engaged in the workplace, according to Gallup.

It doesn't have to be this way. Additional research shows that 9 out of 10 people would go so far as to earn less money in order to have more meaningful work.

So it's not that we're not willing to do work that matters. For most of us, it's that we just don't know what that work is, or how to go about doing it.

At a glance, Jordan Kassalow of VisionSpring would seem to be one of those fortunate few who figured it all out right away.

His story appears to start with an incredible "aha!" moment that leads him to be a hyper-successful person doing work that makes a positive difference. To date, Jordan's work with VisionSpring has helped 4.4 million people around the globe see the world more clearly and live happier, more productive lives.

But as Jordan will tell you in the Crazy Good Turns episode coming out this Sunday, and in his new book, the truth is far more complex.

At age 23, as a first-year student at the New England College of Optometry, Jordan went on a volunteer trip to provide eye care in an impoverished region in Mexico.

Jordan's very first patient, on the very first day, was a 7-year-old boy named Raul, who was thought to be blind. Kassalow assessed the boy and determined that was not the case.

Instead, the boy was severely nearsighted. His vision could be corrected with a simple pair of eyeglasses. Kassalow found the right prescription, placed the glasses on the boy's face, and watched as…

"This universal smile of joy just spread across [the boy's] face. His eyes widened and it was the most joyful smile that you could ever imagine, and it was a look of both joy and amazement at the same time," Kassalow explains in our next show. "I knew at that moment that if I could replicate that a bunch of times over that I would be successful."

The Power of Purpose 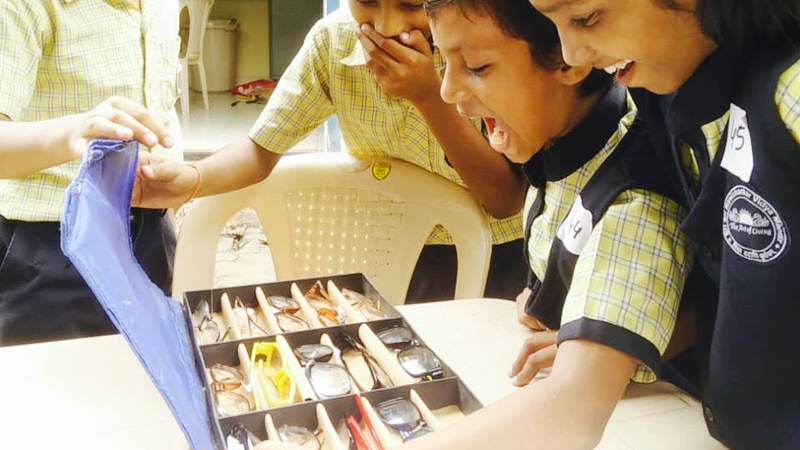 Jordan today calls that moment "a miracle." But it's one he never saw coming.

"I went [on the trip] out of curiosity, not a calling," Jordan writes in his new book, Dare to Matter: Your Path to Making a Difference Now. He says what happened in Mexico was "a miracle — not of biblical parting-of-the-seas proportions, but of the sort where the universe pointed to a future I would never have envisioned on my own."

In that moment, Jordan discovered a way to make a difference. That discovery reaffirmed him to do work that he otherwise didn't necessarily love.

He admits in the book feeling ambivalent about being an optometrist for decades even after that miracle moment in Mexico. He chose the career because it allowed him to lead the life he wants, one that would allow him to financially support a family and children. But, guided by purpose, that work has enabled him to meet those foundational needs in life and have a positive impact on the lives of others.

This idea — that one's day-to-day work doesn't have to be "the" work — is one we've seen come up more than once.

In our episode featuring Graham and April Tam Smith of P.S. Kitchen, April spoke about how taking long volunteer missions made her feel more motivated to go about her work on Wall Street. "Sometimes I come back from a Haiti trip and I'm like, 'Okay. Let's trade some derivatives. Let's go.'" She said.

The 3 B's Pointing You Toward a More Meaningful Life

So if we don't have to be working in a dream job to do meaningful work, and we don't need to give up everything to have meaning in our lives, what does it take to discover our purpose and do the things we were truly meant to do?

In Dare to Matter, Kassalow argues that in order to live a life that matters, you really only need to do three things:

Jordan also says you don't necessarily need to have experienced a "drop everything" miracle moment. On pages 54-55 of the book, he offers a series of questions to help you mine your past for signs that may have been pointing you toward your true purpose. Each chapter ends with exercises and challenges that can help you discover the way to make the difference you were meant to make.

Our Offer to You

As we hinted at in a previous blog post, we believe Dare to Matter is a superb — and important — book. Which is why we'd like to offer you the chance to get it free.

We're giving away 50 copies of the book, plus one grand prize package including an autographed edition of Dare to Matter along with 10 additional books that strongly influenced Jordan and his thinking about the world.

We're confident you'll find Dare to Matter to not only be thought-provoking and profound. But you may also find within its pages a path to the more meaningful life you want.

P.S. - I've read — and re-read — Jordan's book and can't endorse it strongly enough. Sign up for your chance at a free copy here, and please share this post with anyone who you think might also like an opportunity to get the book.

A Great Question to Ask Ourselves